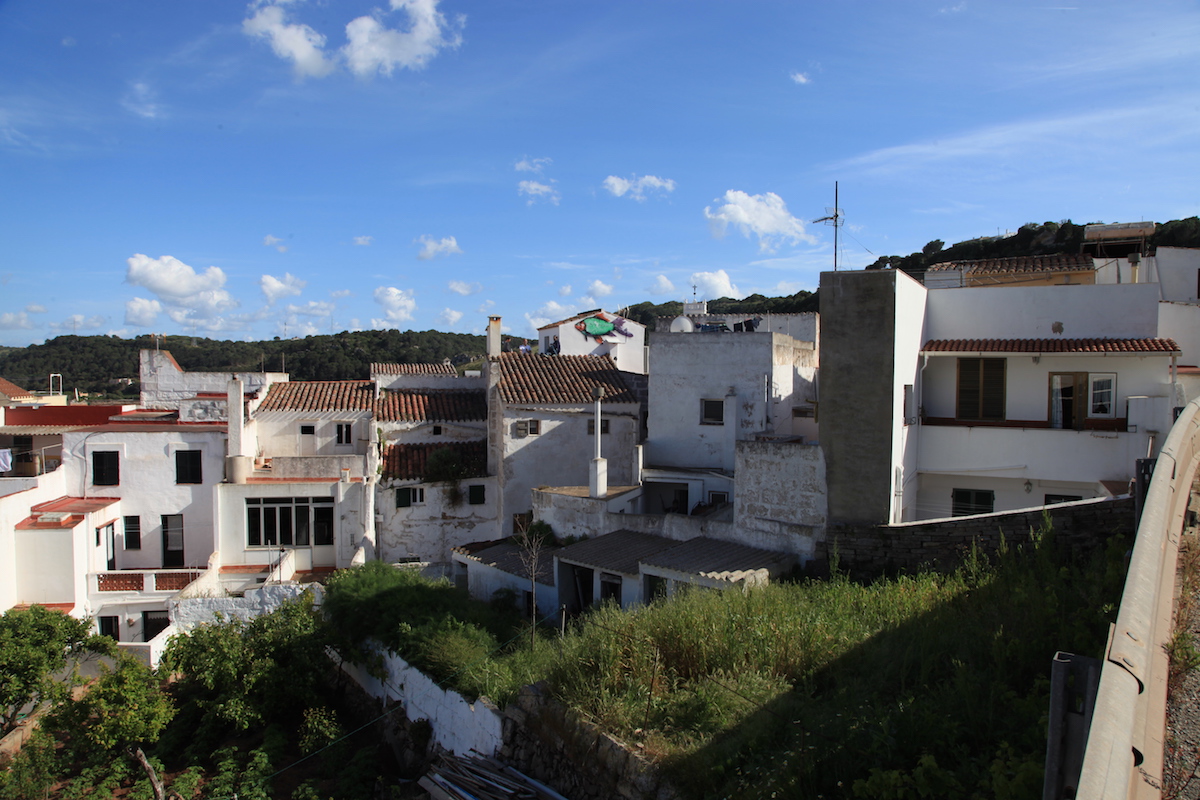 A traditional song from Minorca talks about a cat on top of a roof. An animal carried a sobrassada in its mouth with no intention to share it with anybody.

In our  hotel Ses Sucreres, we have also a fish on the roof. Yes, indeed. No water, no fishbowl. And not just any fish but a large dimension specimen, with vivid colors and flashy appearance.

Why do we have a cat on the roof?

First of all, since it is a creation of a local artist, Albert Mir.

The Art is really part of us since the very beginning, and we understand it not only as a creation to be exhibited and observed but also and chiefly as a process. An idea that emerges, an idea that pipelines emotions and feelings by means of a free expression in order to be contemplated and create somehow a sensation to the observer. We should boost the Art and its creation, smoothly feeding the soul, developing a critical spirit and above all, offering opportunities to those who have ideas to transform us.

Secondly, a cat on a roof is something that resembles our worldview. Quite likely, if someone is questioned on where it would mentally locate a fish, nobody would answer on top of a roof. It is neither evidently its natural habitat nor the automatic image that we have all in mind. We should not set any limit to the creativity and to the difference. We do not like the grey fish bank swimming gregariously towards the same spot. We’d rather prefer the colorful fishes that choose their way as unlikely as it may seem a priori.

We do not want fishes in the fishbowls, locked up surrounded by glass in a false sense of transparency and freedom. We want the fishes wherever they want themselves to be. And in fact, a fish surprisingly has decided to live on our roof. If you come to Ses Sucreres, in one of those peaceful instants typical from Ferreries, you might hear it swiming.